Unfortunately, our experiences with doctors, surgeons, and other healthcare professionals don’t always have a happy ending. For whatever reason, these professionals and their hospitals make costly mistakes that drastically affect the quality of life for their patients.

Although we can’t expect every hospital employee to be perfect, there are times when mistakes come about through gross negligence, misinformation, incompetence, and even deceitfulness. It’s those moments that victims are forced to turn to the law for compensation and help, especially when faced with mountains of medical expenses and future quality of life costs.

It’s the medical malpractice lawyer who’s responsible for seeking damages on behalf of their clients in these instances, so it’s important to look for the best when bringing your case to the attention of the courts. 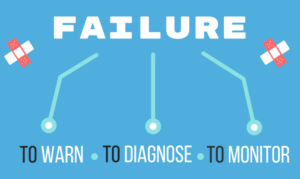 Some of the medical malpractice suits that get filed go nowhere or drag on for years and years; but sometimes they’re settled and the families who have suffered gain some sense of justice for everything they’ve gone through.

When Stephanie Tesoriero went to her doctor with the discovery of a lump on one of her breasts, her doctor ruled that there was no evidence of malignancy; however, less than two years later, tests revealed the lump had grown from the size of a marble to that of a golf ball. Tesoriero sued her doctor after enduring a mastectomy, chemotherapy, and radiation treatments for the cancer.

A woman was awarded a $20 million settlement three years after her daughter was born. Born premature, the child was placed into the newborn ICU where negligence and human error led to the child being overfed. This meant the child received an excessive amount of glucose, changing the composition of the blood, denying her brain oxygen, and causing cerebral palsy.

Christopher Denton’s doctor misdiagnosed a heart condition that caused a debilitating heart attack. Denton’s experience resulted in a series of cardiac catheterizations and by-pass surgery, a reduced life expectancy, and a need for a future heart transplant.

Dr. Mark Holterman performed a series of experimental surgeries on a young boy that left him with irreversible brain injury and cerebral palsy. The doctor was on the faculty of a teaching hospital and over the course of 17 months, Holterman performed more than 24 surgeries on the infant to repair previous mistakes, using novel and untested methods.

A boy born in 1998 was denied oxygen during his birth so that when he was born, he had developed severe cerebral palsy.

Man placed into a coma through doctor’s incompetence

Dale Whyte went to his doctor with complaints about leg cramps and shoulder discomfort. The doctor recommended a manual joint manipulation of White’s major joints, while under anesthesia. Unfortunately, there was a loss of oxygen to Whyte’s brain during the procedure and he fell into a coma that has lasted since 2013.

A hospital proved negligent in determining whether one of their patients, Andrea Tate, would have an adverse reaction to the anti-coagulant drug heparin. Tate’s lawyer argued that the hospital staff failed to recognize the changes in her blood work after being put on heparin, and that those changes, having gone unnoticed, caused her to suffer from a brain hemorrhage.

After failing to perform an emergency C-section during the birth of Matthew Crowell when it was discovered he wasn’t getting enough oxygen, the child was born with cerebral palsy. The family’s lawyers argued that the hospital and presiding physician ignored the warning signs and continued with a vaginal delivery, causing the resulting brain damage.

Domenic and Cathy D’Attilo’s newborn son sustained injuries during his birth in 2003, and despite the warning signs, doctors failed to perform a timely C-section delivery. The resulting brain damage has left the D’Attilo’s son wheelchair bound, unable to eat, talk, or walk.

Jennifer Blunt’s daughter suffered major injuries during birth that resulted in the development of cerebral palsy. The doctors and hospital staff were accused of gross negligence, incompetence, and the destruction/alteration of medical records concerning the delivery. Initially, Blunt had decided against filing her suit but after the doctor and hospital refused to answer any of her questions, or provide compensation and apologies, she went ahead with the lawsuit.