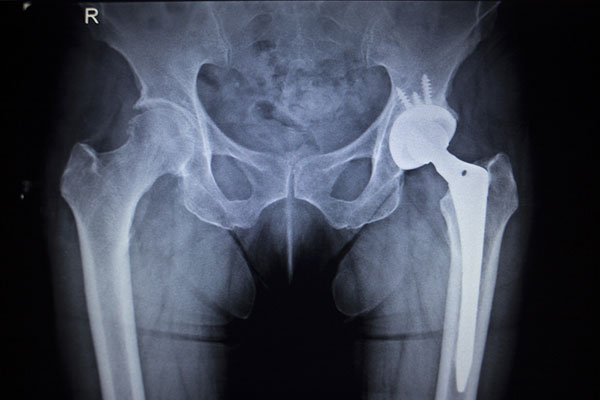 While any artificial hip implant surgery can be risky, metal-on-metal (MoM) hip implants carry their own unique risks. Metal on metal hip implants have been on the FDA’s radar for some time due to higher than normal rates of corrective surgery.

Several device manufacturers are currently involved in litigation due to the complications patients have suffered with faulty hip implant devices.

If you or a loved one has had complications from hip replacement surgery, you could be eligible for compensation.

What are hip implants?

Hip replacement is the process of surgically replacing a damaged hip with an artificial implant, known as a hip implant. Patients may receive a total hip replacement, where all of the moving parts of the natural hip are replaced or a partial hip replacement where some components are replaced, while others are resurfaced or strengthened by the new parts.

The goal of hip replacement surgery is to reduce pain and inflammation of damaged or diseased hips, while increasing comfortable range of motion for patients and improving mobility and quality of life. Most hip surgeries are performed in patients age 50 to 80 years old.  It is estimated that in 2015 alone, surgeons in the US performed 378,000 hip replacement surgeries.

What are the risks?

Many popular hip implant brands have come under fire for releasing defective hip implant devices. Metal on metal hip implants, in particular, have been a problem for many patients due to the risk of serious medical issues including the development of metallosis, a condition involving toxic build up of metallic debris in the soft tissues of the body. Metallosis often leads to death of bone and surrounding tissue. Metallosis is caused by the components of the metal on metal implant repeatedly rubbing against one another, releasing tiny metal shavings into the body and bloodstream.

Some metal on metal hip implant cases include:

Your privacy is important to us. Any information submitted to this form is guaranteed safe, secure, and private.

Patients with defective implants often suffer from serious complications including:

What You Can Do Now

If you or a loved one has received a metal-on-metal hip implant, you could be entitled to compensation. Even if you haven’t experienced any complications yet, we may still be able to help you if you end up having any symptoms late

Over 12,000 lawsuits have been filed against Johnson & Johnson, the makers of DePuy hip implants, concerning their ASR hip implant. Most of these lawsuits stem from the premature failure of these metal on metal implants that were designed to last longer than similar hip replacement products on the market, but failed to do so, leading to painful revision surgery just a few short years after their original surgery. A settlement of $2.5 billion was reached in 7,500 of the ASR claims filed in 2013.

Other manufacturers are also facing similar lawsuits alleging a variety of complications that often lead to painful and risky corrective surgeries to replace faulty implants.

GET YOUR FREE CASE REVIEW BY TOP-RATED LAWYERS

Helping The Injured has been helping consumers find credible law firms that handle specific case areas for over 25 years. The attorneys we work with have a documented track record in understanding these drugs and the injuries associated with them. These attorneys work on a contingency basis, so there’s no cost to you!